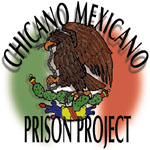 During the “Chicano Power” period (1965-75), our movement was able to mobilize and win all sectors of our community to the struggle for Chicano Mexicano self-determination. We saw, for example, the students (M.E.Ch.A.), the vato/a locos (Brown Berets and Crusade For Justice), the intellectuals (Chicano Studies), political activists (Raza Unida Party), the workers (United Farmworkers), community-barrio media (Chicano Press Association), and Raza in the joints or recently released (Pinto Unions), all working and struggling for Chicano Mexicano self-determination. The activists during this period understood the necessity of uniting all sectors of the community into one powerful weapon against gringo colonialism and imperialism.

Unión del Barrio has repeatedly stated in past documents, that not only do we claim the “legacy” of this period of time, -but that we are also determined to advance its objectives of Chicano Power and liberation. Along these lines, the Unión has created the Chicano Mexicano Prison Project with the objective of winning Mexicano prisoners (the majority who are victims of the gringo capitalist/colonialist system of exploitation) to La Causa: the liberation of all Mexicans and the reconquest of our lands.

We understand that the great majority of Raza who (which has historically been the case) are presently locked up in U.S. prisons, are men and women who are victims of the colonial oppression of Mexicano people by U.S. imperialism. We also understand that a large percentage, 20% to 30% and in some Barrios the great majority of our people are directly connected to prisons, jails, juvenile halls, or the probation department. This “connection” is either in the form of being actually incarcerated, on parole, or having a relative under the control of the so-called “legal system.” A true national liberation movement must include the great majority of the people, therefore, we must include the prison population within our struggle.

We recognize that the United States is an illegal settler government that stole our land in 1848 and has oppressed our gente, therefore it has no right to judge or imprison the Mexicano people.

As colonized oppressed people, we are prisoners of this foreign system in our land, and we understand that most Raza in prison are political prisoners.

We understand that the prison industry has become a cornerstone of the U.S. capitalist economy. (Need to add examples)

We understand that prisons are used specifically to neutralize liberation movements using new and existing laws with longer sentences as a way of eliminating threats to the capitalist/colonialist system.

We understand that the general white population and vendidos (neocolonialists) support the increasing number of prisons being built, as they benefit materially and socially from the incarceration of Raza and other oppressed people.

We must create a system where Mexicanos and Mexicanas accused of crimes can only be tried by revolutionary tribunals made up by and consisting of members of the national liberation movements.

We understand that the United States systematically imposed the illegal drug economy in our barrios and it is used to criminalize and lock down our gente.

We understand that the rapid incarceration rate of Raza women is part of the U.S. genocidal strategy to destroy our families and communities.

We recognize that the mass incarceration and criminalization of Raza Youth is another form of genocide. (add example like education system)