On Saturday April 4, 2015, 50 year old Walter Scott was killed after being shot eight times in the back by a Charleston County police officer in South Carolina. The killing took place after a routine traffic stop was escalated to deadly violence.

We can expect protests, candlelight vigils, #hashtags, passionate speeches, and justified public anger and frustration. Opportunistic media commentators, dishonest politicians from both parties, and liberal representatives from 101 social service agencies will rush to denounce this most recent state sponsored execution of another innocent member of the black community.

We must now endure weeks of so-called “analysis” and “debate”, so that we can “begin the healing process.” Loyal critics of the US political system will demand resignations, reforms in policing, and greater diversity among police. Meanwhile, political and economic power differentials in South Carolina, Ferguson, NYC, Cleveland, Pasco, Los Angeles, San Diego & Oxnard remain identical to how they operated before the protests. This is the line that is never crossed – these police killings are never analyzed as a function of political power.

Police and migra violence must be understood as a form of political violence – otherwise known as state sponsored terrorism. It is an historical fact that state sponsored terrorism is used by the powerful to defend their privileges and to repress and contain the powerless. If we don’t call it for what it is, then we limit ourselves to parroting the sterile debates as they are framed by media personalities, democrats/republicans, and 501c3 activists. More problematic is that we limit ourselves to the same demands, the same slogans, the same #hashtags, inevitably condemning ourselves to more state terror a few weeks or months from now. Killer cops and killer migras are never held accountable precisely because they serve state sponsored terror.

Do not limit yourself to more of the same ineffective solutions offered by liberal politicians or media commentators. The only way to challenge police/migra violence (and attend to the dozens of other urgent needs of our communities) is to build dual and contending power that demands collective organization over short-term activism. 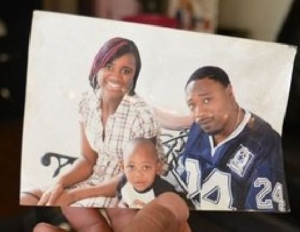