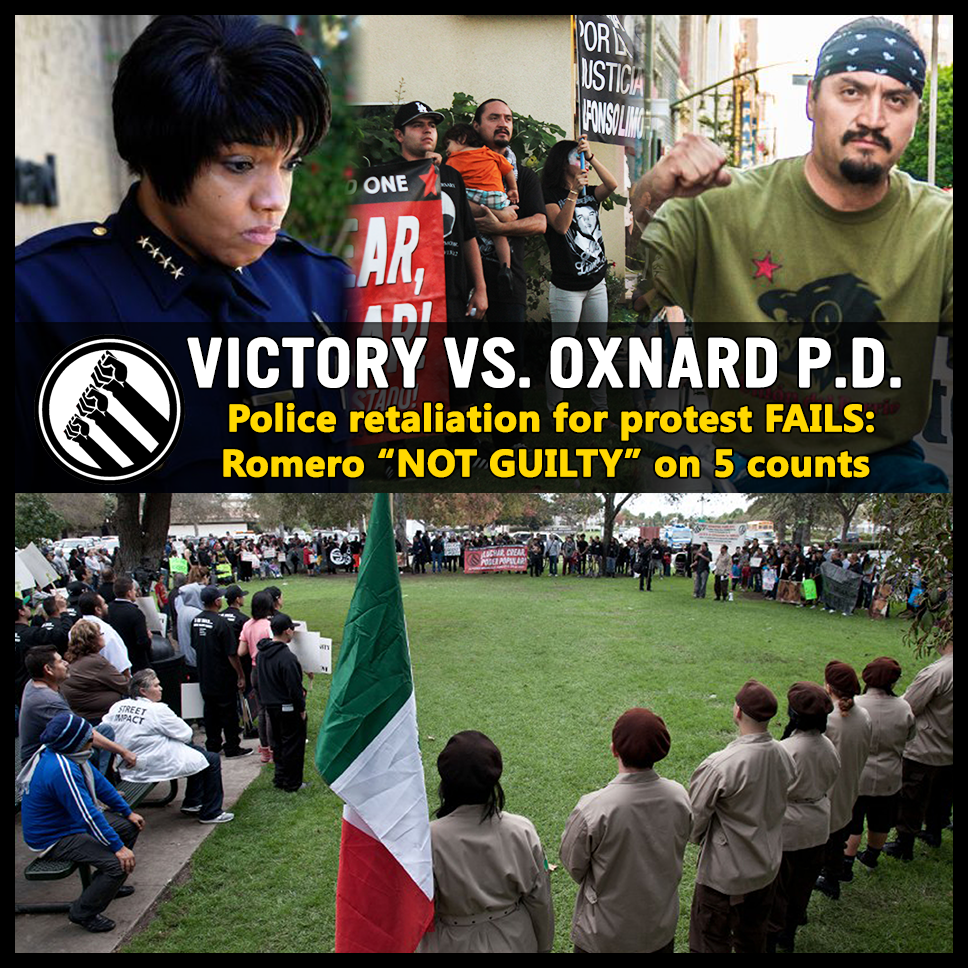 The trial of Francisco “Chavo” Romero has ended with the court-ordered rejection of 5 citation tickets issued by the Oxnard Police Department. The “Not Guilty” verdicts are a victory for the Todo Poder al Pueblo Collective in its long-standing fight against OPD brutality, and are a further confirmation of the rights of oppressed communities to fight back against police impunity, harassment, and abuse….