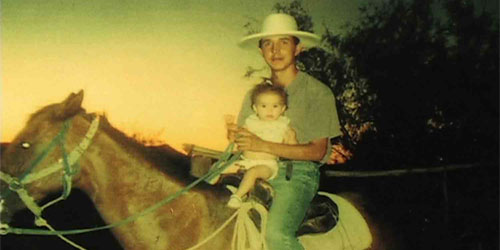 The tiny border town of Redford Texas is located about four hours southeast from El Paso. On May 20, 1997 an 18-year old U.S. citizen of Mexicano heritage named Esequiel Hernández Jr. was shot dead by a group of Marines who had been deployed to intervene in the drug trafficking that was reportedly taking place in the area outside of Redford. 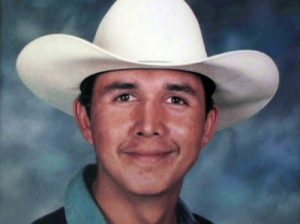 Esequiel Hernández Jr. was killed by Marine Corporal Clementino Bañuelos, who fired his M-16 at Esequiel while the teenager was taking care of his goats in the back yard of his Redford home. At the time of the shooting the Marine unit was fully camouflaged; hidden from sight over 200 yards away from were Esequiel was tending to his animals.

Corporal Bañuelos belonged to a military organization named Joint Task Force – 6 (JTF-6) – an operation led by the Pentagon that worked to militarize the border in unity with the Border Patrol and other armed federal groups. JTF-6 stationed groups of fully armed and outfitted U.S. Marines along the border and were assigned to stop “drug trafficking.”

Of course, the formation and deployment of JTF-6 within the borders of the United States was a flagrant violation of the Posse Comitatus Act. The fact that the ultimate decision to shoot the boy was approved by the local Border Patrol supervisor was never fully investigated. Instead, government officials focused the investigation on the specific actions of then 22-year-old Corporal Bañuelos, arguing that Esequiel Hernandez had attacked the fully armed and outfitted Marines with his 22 bolt action rifle, and therefore the Marines were compelled to open fire on him as an act of self-defense. A Marine Corps General was later quoted saying that corporal Bañuelos “did nothing wrong.”

On August 14, 1997 a federal grand jury made up of two inspectors from the customs service, a sub-commander of the migra, and another ex-migra agent found Corporal Bañuelos “not guilty” of any crime, and he was cleared of any wrongdoing. No follow up investigation was ever made to hold any ranking military officials or political figures accountable for this event.

May 20 is the anniversary of the killing of Esequiel Hernández Jr. Surely, as so often is the case, if this killing would take place today, opportunist politicians would waste no time in declaring Esequiel a “bad hombre”, while they celebrate Corporal Bañuelos as a hero.