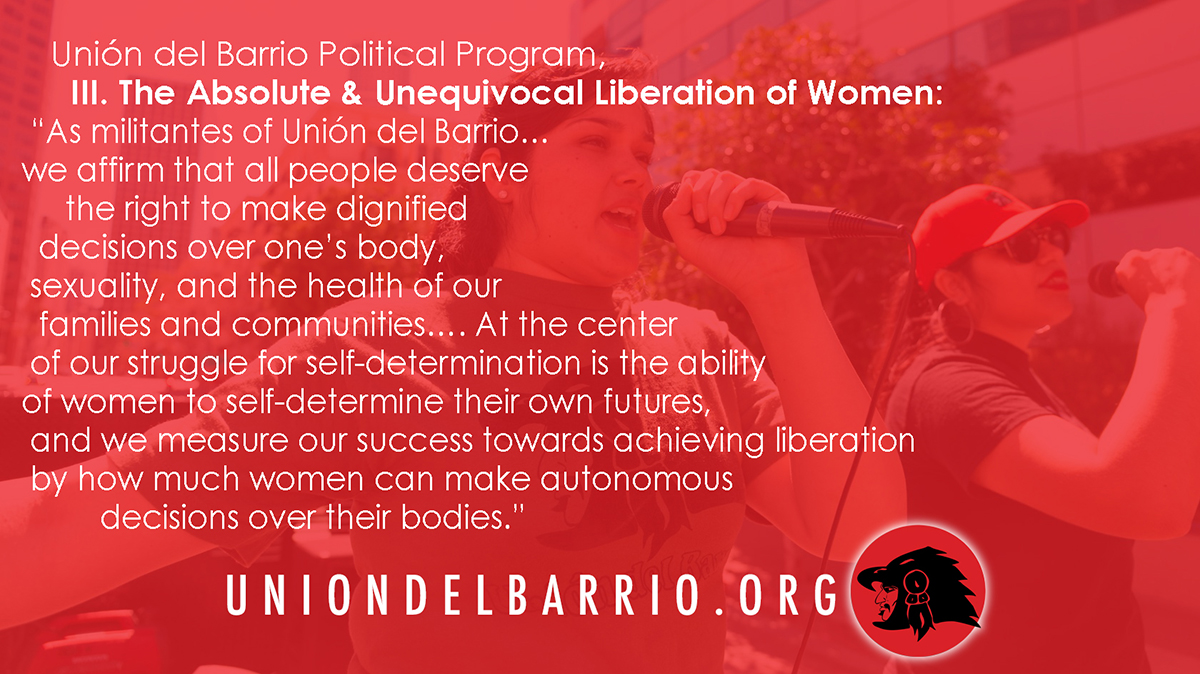 It’s 2019 and we are witness to US states attempting to impose the most extreme restrictions on female bodily autonomy in history. On May 13, 2019 twenty-five white male republicans voted to impose a full abortion ban in Alabama, making it a felony offense for healthcare providers to perform or carry out abortions with sentences of up to 99 years in prison. In Missouri, Georgia, Mississippi, Ohio, and Kentucky lawmakers voted to impose similar barriers to ban abortion procedures in the early weeks of pregnancy, often before the person is even aware of being pregnant. Two more states, Arkansas and Utah, have also voted to impose abortion bans into the second trimester of pregnancy.

Although Roe v Wade still stands, abortion is still legal, and clinics remain open, these attacks will have severe consequences. These laws do not target people seeking abortions, but they power socio-cultural stigmas and stereotypes associated with abortions, fueling reactionary arguments that shame people and promote violence against those who choose to have the procedure. The law intends to scare women and further politicize access to abortion before the 2020 elections. 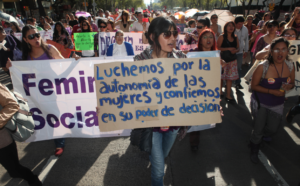 What does this mean for the millions of poor and working-class raza women and oppressed people who rely on these services? This means community clinics will close their doors, people will lose access to contraceptives, screenings, and treatments, more unintended pregnancies, more unsafe abortions, a rise in maternal mortality, an intensification of violence against women as the right to bodily autonomy becomes more politically charged, and a direct attack on our right to self-determine our future as a people through family planning. With already staggering rates of femicides and other forms of gender based violence throughout Nuestra America, we cannot spare another life and must demand, “Ni Una Mas.”

The historic Roe v Wade supreme court ruling in January of 1973 recognized abortion as protected under the “fundamental right to privacy” for people within the United States. In other words, the government needs to stay away from trying to dictate what women do with their bodies. Since then, conservative lawmakers and special interest groups have developed a sick partisan obsession with seeking to control women, as they see a unique opportunity to polarize communities, cash in on “pro-life” lobby dollars, and impose patriarchal religious propaganda on the masses. Republican lawmakers are very clear about their intentions to undermine Roe v Wade by celebrating these bogus laws, and they have rigged the courts now filled with their crony judges, including Supreme Court Justice Kavanaugh.

The Supreme Court has already ruled in favor of “Fake Clinics” when conservative lobby groups challenged the CA FACT Act. Throughout the U.S., a majority of republican-controlled states are launching a series of state-level policy attacks to undermine Roe v. Wade, and ultimately take control of women’s bodies and lives. In poor and working-class communities, restrictions on access to reproductive health services is met with coercive, private and publicly-funded “Crisis Pregnancy Centers”  or “Fake Clinics”. These centers pose as fully functioning family planning clinics providing free abortion services and counseling. In rural communities where access to quality, affordable healthcare and social support is already a challenge, working class women are forced into these facilities to seek out whatever services and support is available. CPC workers pose as nurses and doctors and outright lie to people about their reproductive health options. Women and families have reported leaving these facilities in tears when workers humiliate and shame them for their reproductive health choices. Others are manipulated into questioning their choices after the center forces the pregnant person into an ultrasound, lies about the gestational age, and provides band-aid support by offering a few free diapers, baby clothes, and other newborn care items. Poor and working-class raza women do not need spaces that lie to us about our reproductive health options, we need spaces that help us make informed decisions about our health care and promote healthy, thriving communities. 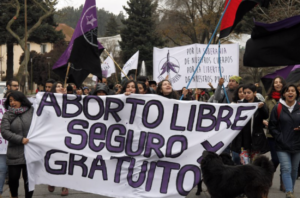 The control of women’s bodies has historically been used tool of oppression by the ruling classes around the world to control and subjugate the working class and maximize capitalist profits. During the colonial period, the ruling elite would force enslaved people to reproduce to grow what was their “free labor” force. During the 20th century, working-class raza, black, indigenous, and even poor white communities were forcibly sterilized in an effort to rid the US of “undesirables”.

People who claim to be “pro-life” are exposed when their “pro-life” stance stops at the viability of embryos and fetuses, yet have no problem when our community is shot dead by police, border patrol murders migrants at the border, or when children are sexually assaulted or die in the custody of immigration authorities. So-called “pro-life” people protest against abortion clinics all the time, but they never say a word about the millions of children killed across the globe by imperialist wars and economic exploitation. An honest and just “pro-life” stance would ensure ALL women, children, and families have access to quality education, culturally-competent health care, and safe and healthy communities free from police brutality and immigration raids. This is what Reproductive Justice actually is!

For poor and working-class raza women, these types of policies and restrictions are devastating, because although abortion is legal in the U.S., access to those “rights” is not equal. This was true for Rosie Jimenez who became the first victim of the Hyde Amendment, a current law passed in 1976 that denies funding for abortion services for Medicaid recipients and those on federally-sponsored healthcare plans.

Rosie was a Chicana from McAllen, Texas, a single mother and college student who was a few months away from completing her teaching credential when she found out she was pregnant. Like many women with children, Rosie decided she did not want to have another child. When Medicaid denied her coverage for an abortion, for which she could not afford to pay out-of-pocket in the U.S., she was forced to seek out an illegal abortion and died shortly after due to complications. A scholarship check was found in her purse when she died on October 3, 1977, at the age of 27. Rosie’s death demonstrates the systemic classism and racism that still exists today for working-class raza women seeking reproductive freedom.

We affirm that people of all genders deserve the right to bodily autonomy and access to the resources and education to make dignified decisions over one’s body, sexuality, the health of our families, and our communities. We call on our members, allies, and greater community to denounce any and all efforts to undermine reproductive freedom. We call on people to join Unión del Barrio to defend our communities and organize towards liberation and self-determination of raza and work in solidarity with all oppressed peoples.