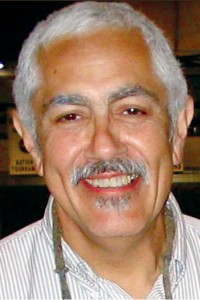 On August 24, 2005 at 5:30 a.m. the movement for Raza liberation lost one of its most committed and talented activists, Marco Anguiano. A talented organizer, writer, political strategist and artist, compañero Marco lost his struggle against cancer. He was 52 years old.

Throughout his more than 30 years of activism Compañero Marco came to be respected as a passionate enemy of oppression – a freedom fighter who symbolized the struggle of the Mexicano people for justice, peace and liberation. Marco was a man of principle, and a committed revolutionary who never compromised his ideals of struggle.

Marco’s parents were agricultural and hotel workers. He was raised on both sides of the militarily imposed border – a border to which he dedicated his life to tearing down. During his child and teenage years compañero Marco attended schools in Tijuana, as well as in Southeast San Diego.

While a student at Marian High School, Marco’s opposition to the war in Viet Nam got him into trouble with the school administration – he was caught working on an underground newspaper that printed articles opposing the war. Later, during the 1970s, Marco attended Southwestern College in Chula Vista, where he became a leading member of the campus MEChA (Movimiento Estudiantil Chicano de Aztlán). 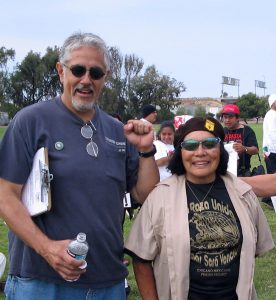 During the late 1980s Marco lived and worked in the Middle East as a graphic artist. During that time he traveled throughout Egypt, Saudi Arabia, and other countries. This experience further politicized him, and opened his eyes to the role of U.S. imperialism in the region. Soon after returning from the Middle East, Marco traveled to Cuba, in 1991, as part of a delegation participating in the Bienal Arts Festival. He immediately became a committed supporter of the Cuban Revolution.

In the early 1990s, Marco was central to the work of the Centro Cultural de La Raza, the Chicano Park Steering Committee, as well as taking on a leadership position within the Raza Rights Coalition (a project of Unión del Barrio). It was in 1991 that Marco decided to join Unión del Barrio. He was immediately recognized for his skills at organizing and political strategizing, and he was elected in 1993 to the Mesa Directiva of Unión del Barrio (today known as the Central Committee).

In 1995, due to his opposition to decisions made by the leadership of Unión del Barrio, he temporarily left the organization, although his departure was not a negative one. In a truly principled fashion, he continued to be part of the leadership of the Raza Rights Coalition, and always demonstrated respect and camaraderie towards the work and membership of the UdB.

Throughout the 1990s, and until the time of his death, compañero Marco was one of the most active individuals in the Chicano Mexicano movement in San Diego. He participated in the organizing of countless conferences, festivals, marchas and protests, all with the objective of advancing the struggle for raza liberation. In addition to being an excellent organizer, Marco was an exceptional writer, and published numerous articles in Voz Fronteriza, ¡La Verdad!, and within many programs and documents of the Chicano Park Steering Committee and the Centro Cultural de la Raza. 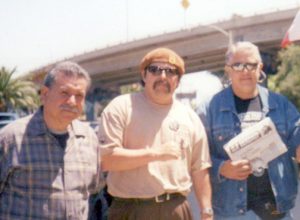 At times, his principled approach to political struggle led him into conflicts with liberals and hispanic opportunists. Compañero Marco lived his life convinced that only a revolution, and the construction of a socialist society (where there are no rich or poor, and the wealth of society is shared equally), could bring peace and justice to humankind. Marco based his his life and his actions on this belief, even during the last weeks we shared with him.

His commitment to struggle, and to the importance of organization were exemplified by a request he made of Unión del Barrio in early July of 2005. Marco explained to us that regardless of what direction his health would take in the coming months, he wished to once again become a full member of Unión del Barrio.

On July 10, 2005, from his hospital bed, in the presence of his Compañera Annie Ross and leading members of Unión del Barrio, compañero Marco Anguiano placed his hand on the Mexican flag, and recited the organizational pledge of Unión del Barrio, once again becoming a full member of UdB, in good standing:

“Before the memory of freedom fighters and martyrs of México, the Américas, and humanity as a whole, before history, l place my hand on the green, white and red flag that signifies ‘Patria O Muerte,’ and I swear to defend the national honor, and to fight for the redemption of the oppressed and exploited in México and the world. If I fulfill this oath, the freedom of México and all people will be the reward. If I fail, disgrace and dishonor will be my punishment.” 46 days later, on August 24th, we lost not only a revolutionary son of the Mexican nation, but also a friend of all oppressed people throughout the world.

Today, the San Diego headquarters of Unión del Barrio is named in his honor – “Centro Aztlan Marco Anguiano.” It is fitting that the community work of UdB in San Diego is organized in a building named honor Marco, a few steps away from his beloved Chicano Park.

Men and women who dedicate their lives to the struggle for justice, peace and liberation will always be cherished in the memory and fighting spirit of our people. In the words of General Emiliano Zapata… “It is better to die on my feet, than to live life on my knees!” 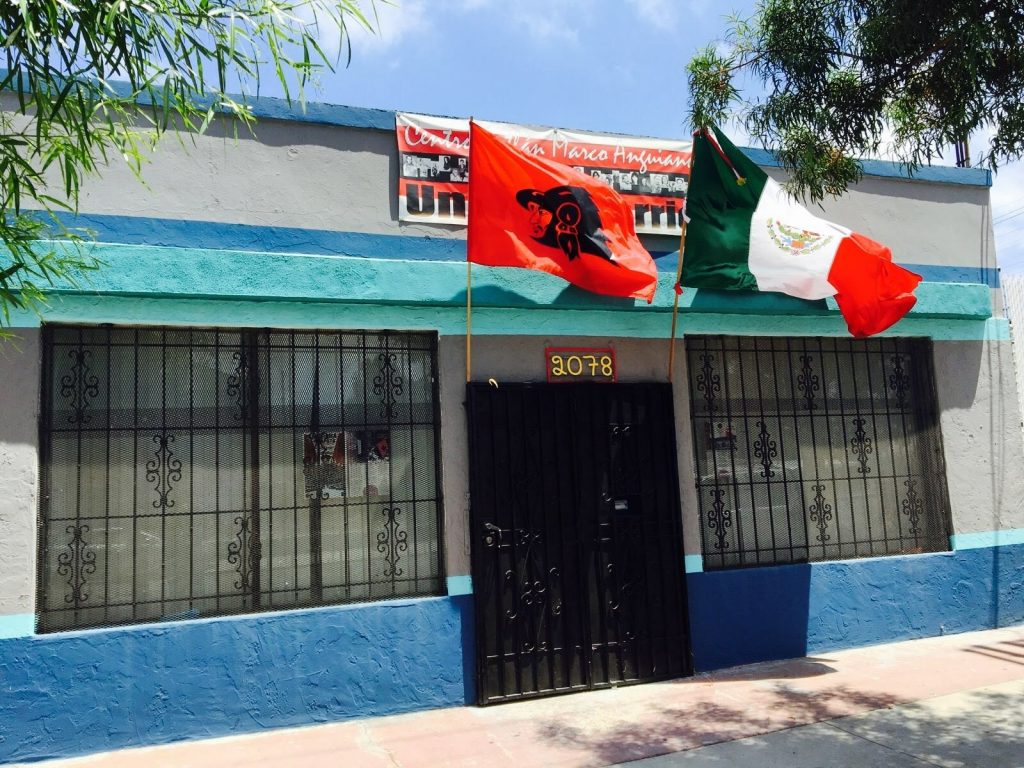