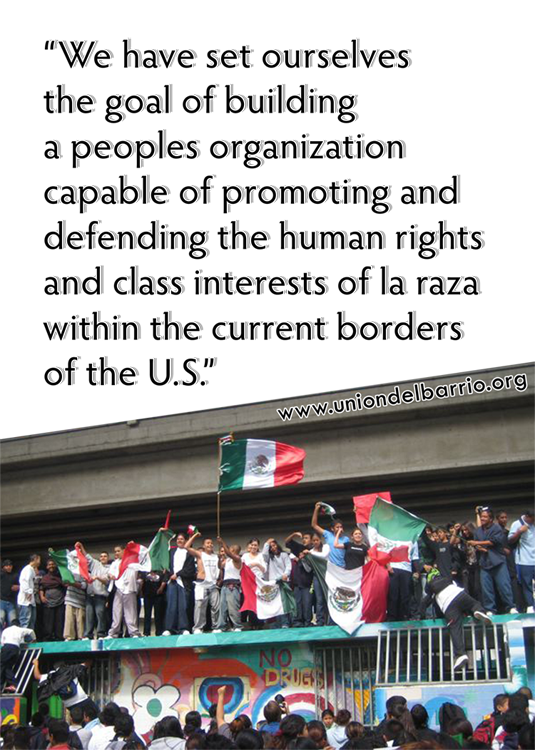 Unión del Barrio is an independent political organization operating with a volunteer membership base and entirely self-financed through membership dues, community contributions, and local fundraising. We have dedicated ourselves to struggle on behalf of “la raza” living within the current borders of the United States.

Unionistas do not take our struggle lightly. Our communities suffer under terrible conditions, and the hatred and political poison our people are forced to endure is unprecedented. Every year hundreds die attempting to find a better life north of the border, and every month thousands are detained and deported. ICE raids break up families. Unaccompanied children are detained in cages. Our labor is exploited. Schools deny us a quality, relevant education. Tens of thousands of our young people are corralled into prisons while thousands more are sent to fight imperialistic wars. Nearly all of our human and civil rights are being stripped away. Our electoral power is being aggressively diluted. The present reality is as terrible as it is unsustainable, and the U.S., Mexican and most Central and South American governments offer only rampant corruption, budget cuts, privatization, increased political repression, militarization and death.

Unión del Barrio is convinced that we need a political revolution. The only possibility we have for securing a better future is to win our self-determination as a people.

Since 1981 Unión del Barrio has led struggles to resist migra and police violence; defend the rights of workers, prisoners, mujeres, and youth; and even launched numerous independent electoral campaigns. Within the current borders of the U.S., Unión del Barrio has the goal of building a peoples organization capable of defending the democratic rights and class interests of la raza. We also support the struggles for freedom of all our sisters and brothers across Latin America which we call “Nuestra América.” We unconditionally uphold the right of self-determination of indigenous people, and of all poor and oppressed people throughout the world.

Now, more than ever, we need you to join Unión del Barrio to help build this movement for Raza Liberation!

To show your support for the work of Unión del Barrio (UdB): Make a donation to La Verdad Publications (LVP). LVP is the outreach and publishing project of Unión del Barrio. All donations collected will be used towards advancing our community projects for dual and contending power. Click on the donation link below to be taken to the LVP PayPal site: 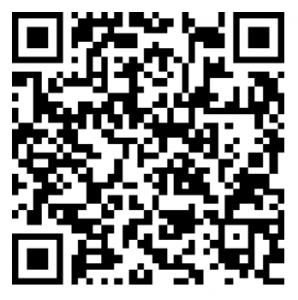 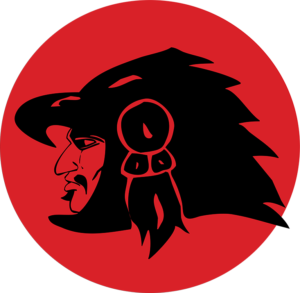 Unión del Barrio: Introduction To A Legacy of Organized Struggle