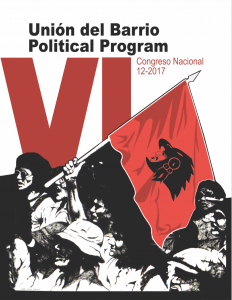 The political program of Unión del Barrio was originally published in December of 1986. Since then it has been revised and expanded numerous times. The program is available as a free PDF download or for purchase as a physical booklet available from La Verdad Publications.

To join or offer support for the work of UdB, click on the banner or here.