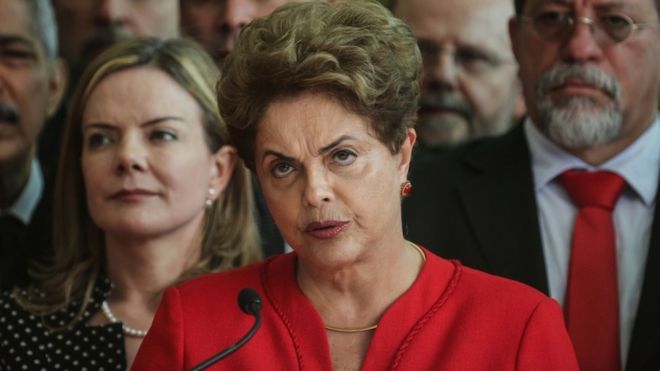 To the people of Brazil, To the Central de Trabajadores de Brazil (CTB),

Unión del Barrio repudiates the coup in Brazil, consummated in the Brazilian Senate by a hand full of legislators working in the service of trans-national capitalism. This coup has bought about the ouster of the democratically elected President, Dilma Rousseff. Unión del Barrio expresses our solidarity with the masses of Brazilian people, who rise up to resist the coup, and we unite our struggle to reject Michel Temer who has usurped the title of president. We stand in unity, particularly with, the organized working class, and the revolutionary parties and movements that have achieved significant victories under the Rousseff presidency.

We recognize, that what happened yesterday in Brazil, was a US imperialist sponsored coup to impede the building of an alternative economic bloc as represented by the Brazil, Russia, India, China and South Africa alliance known as BRICS. The BRICS alliance represented a threat to US hegemony in the region by moving away from the speculative, over valued US monetary dollar-system. This is why the US remains silent, as the news of the pseudo-constitutional removal of Dilma Rousseff now circles the globe. US interests clearly lie in supporting this coup, and to subjugate Brazil’s economy to come back under its control, so it can once again force Brazil to follow the rules of the International Monetary Fund and the World Bank – both instruments of trans-national finance capital.

We stand with the people of Brazil, and the revolutionary movements of Nuestra América, that struggle to resist the powerful transnational capitalist enemy that has launched an all out counter-offensive against progressive and revolutionary governments with the goal of destabilizing the region, through now infamous “soft coups.” The capitalist enemy moves across the region with the full support of US imperialism, and like the cases of Honduras and Paraguay, Brazil is now the third country to have been subjected to a quasi-constitutional crypto-coup, to depose elected leaders.

We will continue to unite our struggle with the masses of people, who are fighting in the streets of Nuestra América to reject the US sponsored coups. Unión del Barrio, stands in unity with the masses of workers, women, youth, indigenous, and African-descended people’s of Brazil, to overturn this verdict, seize power in favor of poor and working people, and smash the dictatorship of the rich. 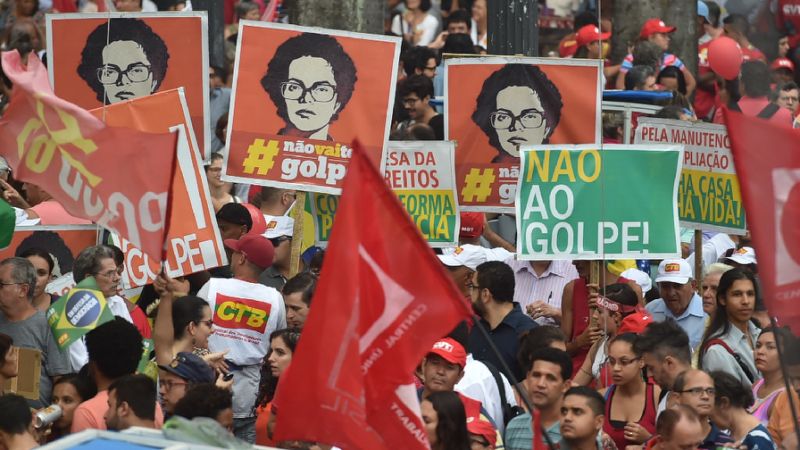