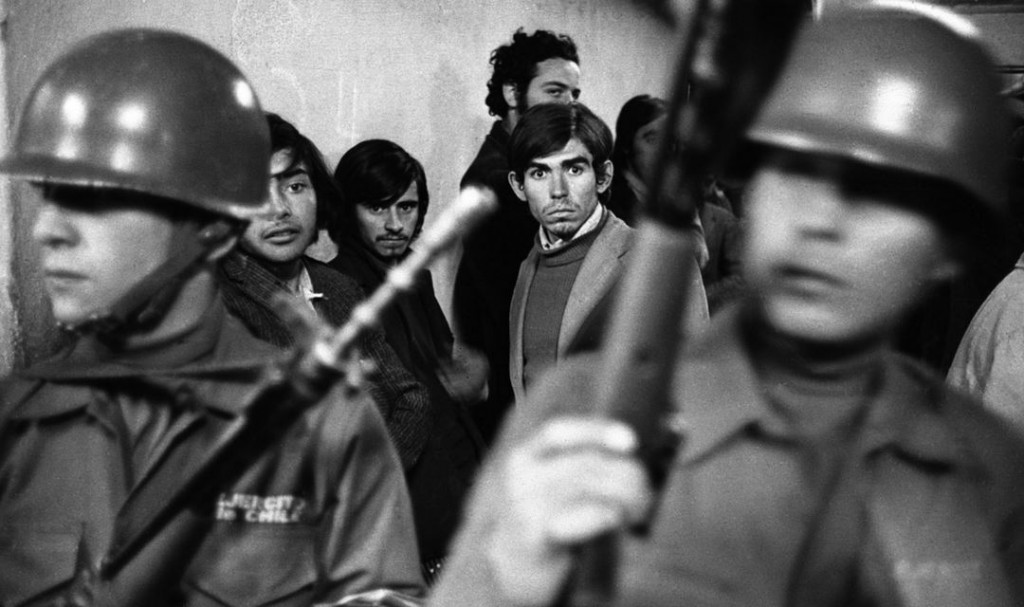 In 1970, the Chilean people set out on an unprecedented path towards socialism in Nuestra America, the electoral process. In an act of electoral support for the construction of a workers state and the general platform expressed by the Unidad Popular, and its candidate Salvador Allende Gossens, the Chilean people voted for socialism. The Nixon administration in the United States, together with transnational corporations that operated in Chile, in particular the International Telephone and Telegraph Corporation (ITT), immediately began to plot against the elected president. Henry Kissinger, Secretary of State under Richard Nixon, when asked to comment on the election of Salvador Allende was quoted saying “I don’t see why we should have to stand by and let a country go Communist due to the irresponsibility of its own people.”

The threats made by Kissinger would be made into a reality. Just months after Salvador Allende was elected President of Chile, a coup d’état was planned, and General Rene Schneider was assassinated for having rejected the plots of a fascist faction of the Chilean military. The convictions of the government of Salvador Allende were firm – to carry forward the structural changes of the Chilean government to build socialism, workers democracy, and international solidarity, in particular with the heroic Republic of Cuba, and with political refugees who were escaping the brutal Castelo Branco military dictatorship in Brazil.

The brief three years during which Salvador Allende served as President of the socialist government of Chile, were filled with sabotage and economic attacks led by the United States. An alliance between the most reactionary sectors of Chilean society, fascist factions of the Chilean Armed Forces, and foreign intelligence agencies of the United States, forced the government of Allende to take extreme economic measures in defense on Chilean sovereignty. If the economic blockade was not enough, Chilean fascists and CIA agents conducted violent terrorist attacks across the republic. It was indeed all part of a CIA plan, intended to force Salvador Allende to surrender the presidency. Instead, the clear and heroic stance of the Chilean people forced US imperialism and its Chilean puppets to initiate the most cowardly aggression to bring down the democratically elected socialist government of Salvador Allende.

Fascist factions of the Chilean Armed Forces, led by General Augusto Pinochet, attacked the National Palace (known as Palacio de la Moneda) on September 11, 1973. A small group formed by the personal security of Salvador Allende heroically resisted the reactionary aggression. Salvador Allende, armed with an AK-47, personally participated in the defense of the National Palace. Allende announces in his last message transmitted over Radio Magallanes: “I am not going to resign. Within this critical moment of history, I will pay with my life the loyalty of the people… they [the 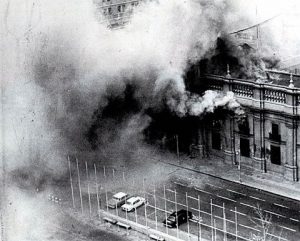 fascists] have come with force. They might overcome us, but social processes cannot be stopped with this criminal use of force. History is ours, and the people make it…” The resistance of the Chilean patriots, led by Salvador Allende, defended the National Palace, and was so ardent, that the fascists were forced to initiate the aerial bombing of the National Palace. Salvador Allende died that day; indeed one of the darkest days in the history of Nuestra America.

After the imperialist backed military junta seized power in Chile, what followed had no precedent in Nuestra América. In Chile alone, the 15 years of Pinochet’s dictatorship left at least 30,000 deaths and disappearances, and thousands more were forced to flee Chile. A fascist military clique had taken power in a Latin American nation; soon after multiple fascist and pseudo-fascist governments took power in other countries that form the Southern Cone. Under the guidance of a continental CIA campaign known as Operación Cóndor, treacherous military lackeys of imperialism from Argentina, Uruguay, Chile, Paraguay, and Bolivia collaborated to killed, imprison and disappeared at least 40,000 people across Nuestra América, over a period of 20 years.

Some patriots and revolutionaries that left Chile, fearing death, came to Aztlan. From these Chilean exiles our movement has learned a great deal. The experiences, solidarity, commitment to freedom, and self-determination exemplified by Salvador Allende, continue to live in the Chilean sisters and brothers that continue to struggle for the national liberation of all the people of the Americas.

These many years after Pinochet took power by force; after stadiums in Chile were turned into concentration camps and centers of torture; after whole families were separated; after one of the vilest aggressions that Yankee imperialism has dared perpetrate in the Americas; after years of impunity; Pinochet is dead. His death was terribly overdue, but we also understand that monsters like Pinochet are a product of imperialism, and until imperialism is brought down and buried, bestial creations like Pinochet will continue to act mercilessly against our peoples. In actuality, the neoliberal order that imperialism continues to impose across the Americas and the world in general, is more vicious and inhumane than all of the tyrants of Latin America put together.

This is why now, the spirit of international solidarity as demonstrated by our Chilean sisters and brothers is needed more than ever. This brutal stage of global capitalism has set the conditions for all oppressed peoples of the world to unite and resist the inhumane neoliberal order. This is, as compañero Salvador Allende stated, our “critical moment” in history.