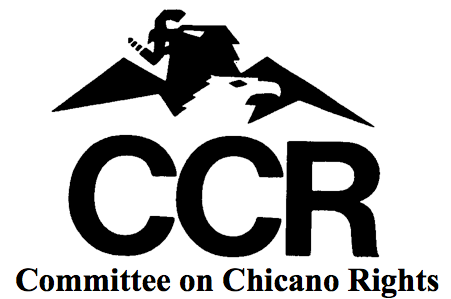 Many persons have asked me what my political opinion is of presumptive Republican (the white) Party Presidential candidate Donald Trump. My response is the old Mexican saying, “Pa’ pendejo no se estudia’!”  For Trump’s Republican voters & supporters, Winston Churchill’s quote; “The best argument against democracy is a five-minute conversation with the average voter.”

However, the real opinion is what does the Chicano/Mexicano/Latino community say of Donald Trump? In casual conversations with every day people their response is one of personal anger, fury, & hatred for Trump. Some of the comments expressed to me are; “Es un pendijo, idiota, pinche gringo, where’s El Chapo when you need him, kiss my brown a#s, and a graffiti wall off I-5 in Logan Heights declaring… F%&K Trump!”

What is Trump’s political agenda? First is his declaration of war against all persons of Mexican ancestry (160 million) in the U.S./Mexico, & 368 million Latinos of Central & South America. Fascism (Hitler) & white supremacy, a fact confirmed by the endorsements of the KKK, Border Patrol Union, Nazis, skin heads, NASCAR, NRA, police unions, & hate mongers such as Arizona Sheriff, Joe Arpaio, Ex-Governor Jan Brewer, & Congressman, Duncan Hunter, Jr., etc. To deport 11 million (predominately Mexicans) “illegal” aliens,” after Obama deported 3 million, that is a contrivance (as all past deportations have been) to keep Mexican workers in a right-less state, & 60 million US Chicanos/Latinos disfranchised. Convert all law enforcement agencies (including the military) into a Gestapo force, & the U.S. into a police/apartheid state.

“Make America Great Again,” the last gasps of white supremacy & a slogan for white supremacist to attempt to turn the clock back to the 1950’s? The 1950’s was a supreme time for white Americans when they comprised 89% of the population. Segregation was the law of the land, the KKK ruled & signs in public stated, “No Mexicans, NI&$@*S, or Dogs allowed.” Blacks got hung for simply looking at white women, Mexicans were in the fields, women in the kitchen, gays in the closet, & Native Americans on reservations. Obviously no one has informed Trump & his supporters that no one is going back to the 50’s, & that they will be the MINORITY! What has caused white people to support Trump’s fascism, & white supremacist demagoguery? Political pundits first attributed Trump’s surprising victories to, crazy crack-pot white fringe Republican tea party type voters.

Today national polls have Trump beating the Democratic Clinton? The reason “white mainline voters,” 53% of men, 34% women, 40% college degree professionals, 39% independents & fundamentalist Christians supporting Trump nationally. In spite of Trump calling women, “fat pigs, dogs, snobs and disgusting animals,” stating “wages were too high,” for workers, Pope Francis (unbelievably) stating; “Donald Trump is a Nazi and if some American people like him, then I’m very sorry, but they are Nazis, & Republican leaders such as Paul Ryan, Bush family, Mitt Romney, etc., not endorsing him. So have millions of white Americans simply lost their minds, gone crazy, or are they driven by some primeval fear?

In my opinion, the only rational political reason for white people supporting Trump is …DEMOGRAPHICS! A historical population shift in the U.S. (confirmed by the U.S. census) that by 2041 white Americans will become the nation’s minority population & lose power!

The Historical Political Problem: While the reasons for us being politically powerless are numerous (conquest, racism, discrimination, etc.), politically the 2 basic reasons after the U.S./Mexico War of 1848 were,

In 2016 our population has exploded to 60 million & we still have little or no political POWER? The reasons again are numerous, but the main reason is we do not have …organized people & money, which is the basis of all political power. No power means that Chicanos/Latinos can comprise 40% of the population in San Diego County, & cannot elect one Supervisor.

At the national level we are unable to hold President Obama accountable, after our votes got him elected in his last 2 elections? The only difference I see with the upcoming 2016 election (since 1848) is that Republican Trump has declared open war on us, our children & future generations.

So what about Clinton or Sanders? My short range opinion is, Trump must be stopped & like the old saying states, “the enemy of my enemy is my friend.” So vote for anyone who you personally think will defeat Trump.

My long range historical view, after 50 years when I started with (MAPA) the Mexican American Political Association & La Raza Unida Party is that every 4 years I hear the same old dead end “claptrap,” from His/Her “Panics” so-called political leaders, & even some Chicano movement leaders. They urge our people to vote for the “lesser of the 2 evils,” or the “best of the worst” presidential candidate? One has to ask, if we number 60 million (17% of the total population), why do we act like we are only 7 million? Politically, the only historical solution I see to end the above is; our peoples own political self-determination. Then & only then will we be able to build the infrastructure to have organized people/money to build the social, economic & political power necessary to deal with the historical issues/problems that afflict our people.

So what can Chicanos/Mexicanos/Latinos do to STOP TRUMP?

In closing, to the shrinking & aging white Americans that are supporting & will vote for Trump’s fascism & white supremacy, the age old proverb; “be careful what you wish for.”

To the young Chicano/Mexicano/Latino who will soon to be the majority population, “you have already won and don’t know it, but your grandchildren will.”

Compañero Herman Baca is the founder of the CCR and one of the most important political figures of the Chican@ Movement. Of course, the historical roots of Unión del Barrio begin within the CCR. We have reposted compa Herman’s statement with his permission.