Unión del Barrio stands shoulder to shoulder with our African sisters and brothers, and together we denounce the brutal police terror that has been unleashed against Black communities across the United States. This wave of police killings, of which the murder of Alfred Okwera Olango is only the most recent, can only be challenged through the organized resistance of oppressed people standing up against this unjust and rotten system of so-called “law enforcement.” 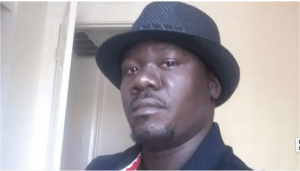 We know too well that with each of these cases of unarmed Black men being murdered by police that draws the attention of the national media, there are hundreds more cases of other Black, Raza, and poor people that get murdered, shot, and beaten by the police – cases that will never reach the main stream media. Because we know this, your rage is our rage, and we stand with you in righteous people’s solidarity.

Protests are extremely important, but protesting alone will never overturn the organized power of our oppression. On April 29th, 2015, UdB published what we felt was an important essay on the nature of police terror, and the urgent need for the development of revolutionary consciousness and organization within our communities. We republish this essay with the intention of channeling the righteous anger of our communities into revolutionary consciousness and organization.

Baltimore 2015: We See Black Rage But We Need Black Power

Do we support protests against police terror? Absolutely. Will we denounce people for raising hell? Absolutely not. Meanwhile, opportunistic media commentators, dishonest politicians from both parties, and liberal representatives from dozens of social service agencies are now rushing to Baltimore to denounce the “rioting.” 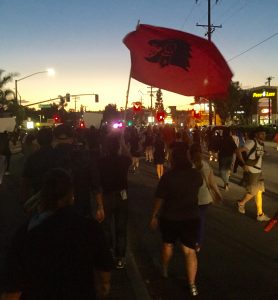 What is different about Baltimore is that the standard “peaceful” protests, candlelight vigils, #hashtags, and passionate speeches were not enough to contain justified public anger and frustration. We know that the rage spilling out onto the streets of this city is rooted in the historical repression of the Black community and was sparked by the recent wave of police killings of Black men. Yet it is what comes after the anger and frustration subside that is most important for Black communities across the US, and important for us as “gente solidaria” who face the same kind of state violence, whether it comes from the police or migra.

Therefore, we will not denounce what is happening in Baltimore. Instead, our intention is to bring some political clarity to how we see circumstances unfolding. To start, we have to understand that there is a fundamental difference between hell raising and organizing. The first, which is what is happening in Baltimore, is based on justifiable rage. The second is much less common, and is based on tactical/strategic planning. Protesting, whether it be “peaceful” or otherwise, is always important but it does not automatically translate into independent political power. Raging against oppression is not the same as seizing power from the oppressor.

Police and migra violence must be understood as a form of political power imposed on our communities through violence – otherwise known as state sponsored terrorism. Police killings are rarely analyzed as a function of political power – this is the line that is not usually crossed, even among many progressive-minded people. It is an historical fact that state sponsored terrorism is used by the powerful to defend their privileges and to repress and contain the powerless. Killer cops and killer migras will never be held accountable precisely because they serve state sponsored terror. Killing people in our communities is part of the job of policing. This is why cops come into our communities with guns and spend hundreds of hours training to shoot guns. The poorer and darker skinned a community, the more police and more guns are deployed. If a community resists the police, they come in with even more police and even bigger guns. This is a pattern that is as simple as it is historically consistent. 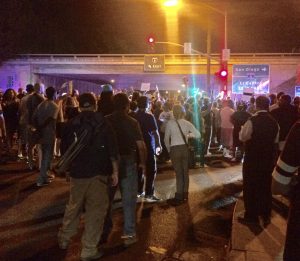 If we don’t call it for what it is, then we limit ourselves to parroting sterile debates as framed by media personalities, democrats/republicans, and representatives of social service agencies. Consequently, we also limit ourselves to demanding the same short-term reforms, inevitably condemning ourselves to more state terror a few weeks or months down the road from now, when the pattern is then repeated. Inevitably, another innocent member of the Black community is murdered by the police. As before, we will endure weeks of so-called “analysis” and “debate” within the media, so that we can “begin the healing process.” Loyal critics of the US political system then demand resignations, reforms in policing, greater diversity among police, and funding for a few social programs.

In the end, these reforms will not change a damn thing, because this is about more than diversity and sensitivity training. Just this week, Loretta Lynch, the first Black female Attorney General replaced Eric Holder, the first Black Attorney General. They both served under the first Black president, Barack Obama. Baltimore currently has a Black mayor and a Black police commissioner. Clearly, this kind of diversity did not stop the police from killing Freddie Gray, nor did it change the balance of power in Baltimore. Indeed, political and economic power differentials in South Carolina, Ferguson, NYC, Cleveland, Pasco, Los Angeles, San Diego, Oxnard, San Quintín, and Ayotzinapa also remain identical to how they operated before the protests. This represents a consistent pattern of political violence that must be disrupted.

We know that during the short time the Black Panther Party (BPP) was fully operational, they successfully disrupted this pattern of police violence. Originally named the “Black Panther Party for Self Defense,” the Panthers were founded in Oakland in order to build organized self-defense to police violence in the Black community. The Panthers not only changed the course of Black political culture, but they represented liberation struggle as something we all could understand. The work of the BPP had a tremendous influence on the Chicana/o Movement, AIM, and other movements around the world. Unión del Barrio was founded on many of the same principles of the BPP.

We must not limit ourselves to more of the same ineffective solutions offered by liberal politicians or media commentators. The only way to challenge police/migra violence (and attend to the dozens of other urgent needs of our communities) is to build dual and contending power that demands collective organization.

The recent wave of police killings of Black men has sparked the Black rage we see in Baltimore, but what Baltimore and all of us really need is to see some Black Power in action. We stand with the Black community of Baltimore in demanding justice for Freddie Gray. We uphold our decades-long fraternal relationship with the Uhuru Movement as a path to Black Power. We agree with the Uhuru Movement that the only way to stop police from murdering Black men is to impose “Black community control of the police.” We know that if we truly want to bring about substantive political change to our peoples, we are going to have to be AT LEAST as organized as those institutions that are used to repress our communities.

DON’T JUST CLICK “LIKE” & MOVE ON… THE TIME TO JOIN THE STRUGGLE AND BUILD A LIBERATION MOVEMENT IS NOW!