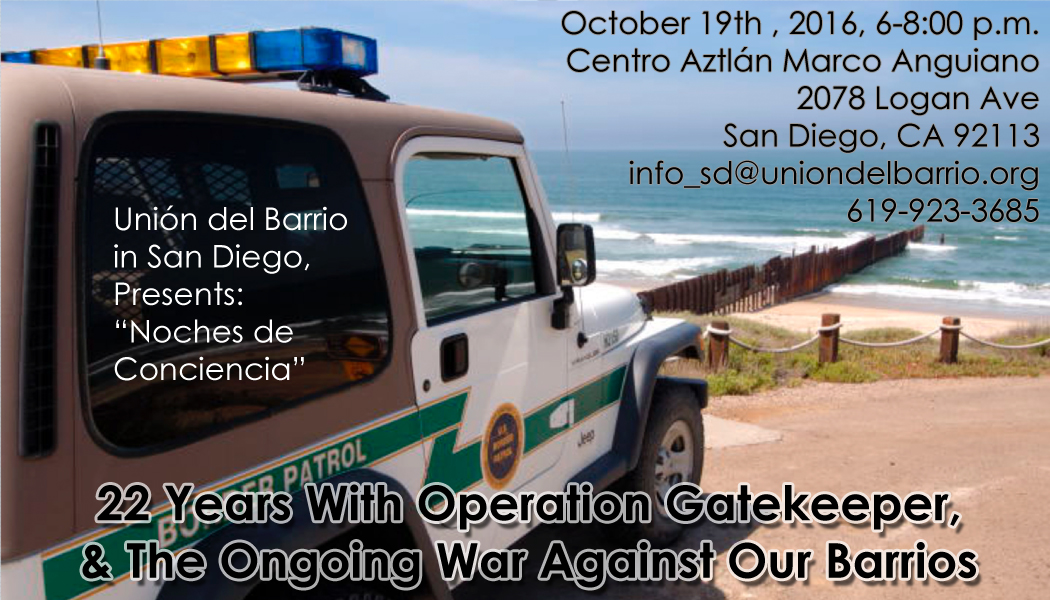 In 1994, William Jefferson Clinton activated a new border enforcement policy, Operation Gatekeeper, that was designed to push people without papers away from large cities, to instead cross the border in the more dangerous and remote mountains and deserts of California and Arizona. Since 1994, Operation Gatekeeper and similar policies in New Mexico and Texas, have collectively claimed the lives of at least 7,000 of our people.

22 years later, the two main presidential candidates of this country have built their campaigns on the mass deportation of 3 million of our people undertaken by the Obama administration. For over a year, Clinton and Trump have been travelling throughout the United States, making promises about “illegal immigration,” never once mentioning the 7,000 of our people that have died as a consequence of the border policies of the U.S. government. Trump is honest about his hatred for us, and calls us murderers, drug dealers, and rapists. Hillary Clinton says she is on our side, in spite of the fact that it was her husband, Bill Clinton, that activated Operation Gatekeeper in the first place, while never mentioning that it was her boss, Barack Obama, who has already deported more of our people than any other president in the history of the United States.

Both of these candidates continue to campaign on the backs of our dead, and on the misery of our deported. We are confronted with the sad reality that neither presidential candidate will support our communities after this election, but rather they both intend to expand deadly policies like Operation Gatekeeper, that primarily benefit law enforcement corporations that profit from the dehumanization of our people. Either way, with Clinton or with Trump, our barrios continue to be militarized, raza continues to be systematically killed, families continue to be separated, and our young people continue to be corralled into prisons.

Come and join on October 19, 2016 us as we discuss the legacy of Operation Gatekeeper, its impact on our communities, and how both to best resist the plans of both presidential candidates to expand policies that continue to negatively impact our people.