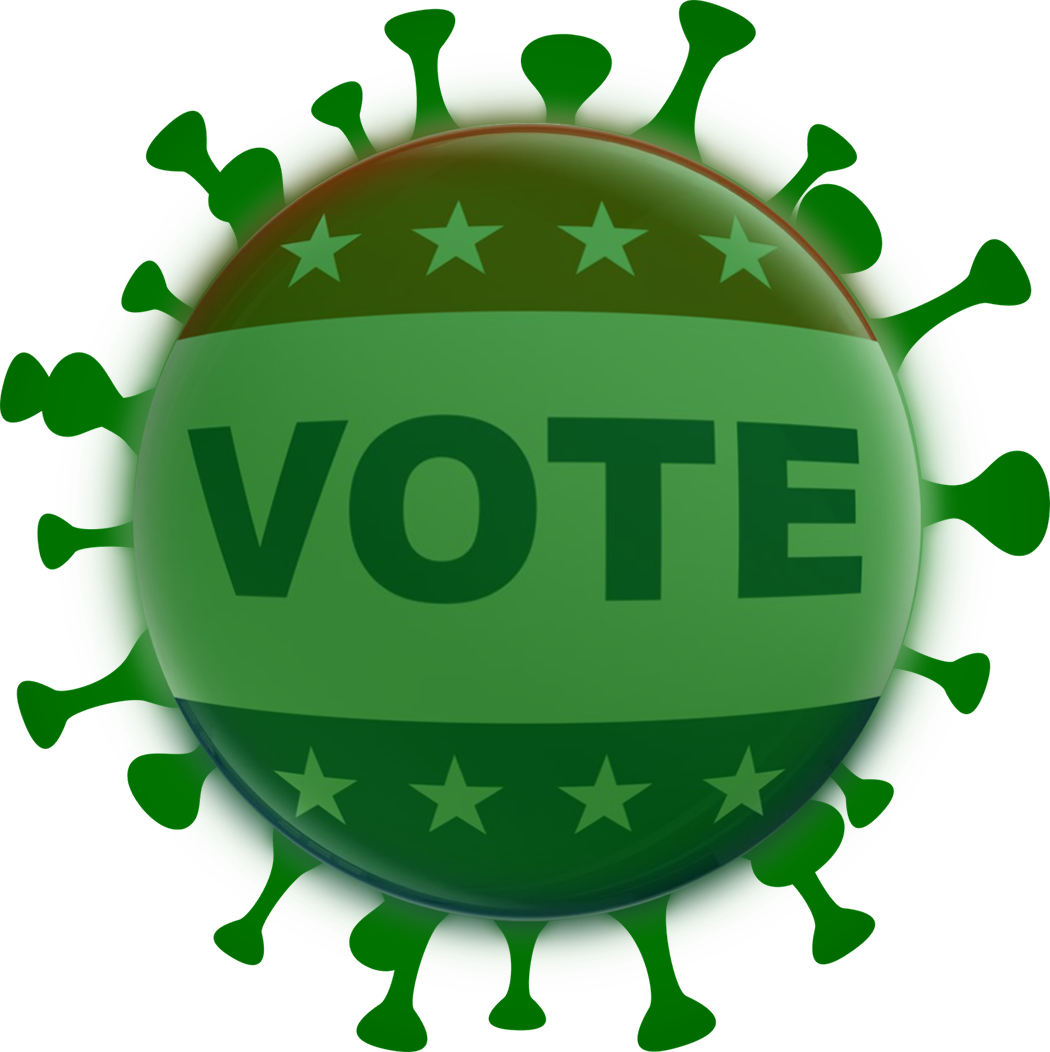 With regard to the 2020 elections, we must first state that this electoral cycle represents the culmination of a multi-faceted structural crisis of the capitalist system that began more than four decades ago. It had almost nothing to do with democracy, but instead was a mass-based contest between political impotence versus collective psychosis. Forced to choose between a fascist reality-TV charlatan, or a decrepit dotard dementia-man, 155 million people voted during the apex of a global pandemic. Who they voted for did not represent a viable, healthy expression of democratic life. Instead, both candidates represent the rotting carcass of acute imperial decline, colonial violence, neoliberal decadence, environmental collapse, and surveillance capitalism.

What is clear now is that states will certify this electoral clown-show, the electoral college will cast their votes, and the presumptive inauguration of Joseph Biden will take place on January 20th. What is also clear is that both political parties represent interests that are violently opposed to the interests of the majority of working-class people, including and specifically raza working-class people and other oppressed and colonized people both within the political borders of the United States and around the world.

We offer this brief analysis on the outcome of the November 3rd elections to clarify the nature of our struggle for participatory democracy, self-determination, and raza liberation struggle. Unión del Barrio is committed to building a future that is not tied to the two-party capitalist dictatorship that today subjects our people to the worst type of humiliation, oppression, and exploitation. We also renew our urgent commitment to organize our people independently from this bankrupt two-party electoral circus, and struggle to advance our class interests as original peoples to these lands.

There Is Nothing Democratic About This So-Called Representative “Democracy”

U.S. elections are the most elaborate public expression of organized and legalized corruption. The 2020 election was the most expensive election ever conducted in world history. In fact, this election was more expensive than the previous two most expensive elections combined (2016 & 2012). Not only did the federal elections amass an exorbitant level of corporate donations with more than 14 billion dollars, but the donations from Super Political Action Committees (PACs) totaled more than 1.2 billion just the month of October. The great majority of PAC donations came from the rich capitalist corporate oligarchy who determined the viability of candidates vying for Congressional (House and Senate) seats and the Presidency. When we consider the current historical moment, with massive unemployment, homelessness, a pandemic crisis with more than 10 million infections and a quarter-million deaths, and a collapsing medical system, this repugnant scale of spending illustrates just how corrupt this system is in representing the interest of the capitalist class.

With this incredible spending as a backdrop, the most ridiculous aspect of this political charade is the electoral college’s 270 vote threshold, which actually determines who will be the next president of the U.S. empire, without regard to the popular vote. This minority-over-majority mechanism was designed to protect slave-owners’ political power. Despite a 5-6 million vote difference in favor of Biden, Trump seeks to undermine any remaining vestige of legitimacy within the U.S. electoral system by intervening in the clearly undemocratic electoral college process, claiming that he only lost the electoral college count due to massive voter fraud, and arguing that he only lost the popular vote because California votes don’t really count.

In the near future, Unión del Barrio will publish our own critical assessment of raza involvement in electoral politics. For now, without going into an extensive overview of the so-called “Latino” vote, we believe it’s important to highlight that Trump’s electoral defeat (both in the electoral college and in the popular vote) was largely due to raza, and in particular raza who are U.S. citizens of Mexican descent. There was a massive increase in voter turnout across raza communities, and an overwhelming majority cast votes against Donald Trump than they did in support of Joseph Biden. Despite this fact, opportunists and other dishonest forces shape narratives that paint our communities as if we have been overrun by brown trumpers. Nothing could be further from the truth, and as we stated in 2016, “The central political struggle of our people is not to count votes for one or another candidate, but instead to defend ourselves within this generalized crisis of neoliberal empire, and understand, organize against, and actively resist the threat that U.S. imperialism and global capitalism represent to the survival of our species on this planet.”

Despite trumpian anti-democrat antics, the Democratic and Republican Parties are united as a singular Imperialist Party concerning the economic asphyxiation of Cuba and Bolivarian Venezuela; the coups and attempted coups in Bolivia, Haiti, Honduras, and Nicaragua; the unconditional support for the Israeli occupation of Palestine; the continued policy of hostility against raza workers in the U.S.; and, the ongoing offensives against Black and other colonized people; and support for trillion-dollar handouts for corporations. In 2017 we wrote: “it was the Democratic Party, the Obama presidency, and the Republican Party establishment that paved the way for the rise of Donald Trump. Before the actual day of the 2016 election, Democratic Party arrogance perceived no danger from the rising proto-fascism that had seized ‘the base’ of the Republican Party. Under Obama, Republicans created an alternate political universe designed to rally their base around a fanatical, fact-proof, right-wing populism. Tea Party zealots, religious fanaticism, white nationalism, right-wing media (talk radio, Fox News, online outlets), electoral apartheid (via gerrymandering), and expanding corporatism largely went unchallenged in practice and ideologically, from within the two dominant parties.”

What can expect from the corporate-controlled Democratic Party other than a public effort to move itself closer to trumpism? We can already see a ridiculous attempt to win back support from a militant white nationalist right-wing, who will be left without their dear leader when Trump returns to live full-time in his gold-plated resort in Florida. Biden Democrats, including Pelosi and Schumer,  have already blamed their own left-wing for the abject failure of the so-called “blue wave,” while Sanders and Warren will likely be locked out of any positions within the Biden administration. These profound divisions within the Democratic Party have revealed the isolation and political dead-end faced by public figures such as Alexandria Ocasio-Cortez, Ilhan Omar, Ayanna Pressley, and Rashida Tlaib. It can’t be any more obvious that the Democratic Party is not our friend, and it maintains only a veneer of being “diverse and inclusive” while selling-out the poor, workers, LGBTQ+ people, and the masses of colonized people (so-called “people of color”) every chance they get.

If our struggle for self-determination is to succeed, Unión del Barrio must look and expand our strategy of building our capacity for community-level self-defense, building our institutions for dual and contending power, and supporting the anti-imperialist struggles of Nuestra América. In 2017, our Congress called on our membership to employ our Bases’ creativity to build our strategy and grow our capacity, and to a certain degree, we have been successful.

But we must be our own critics for the serious limitations that have hindered our ability to capture our people’s imagination in building participatory democracy. This is a democracy that requires all sectors of our people to contribute towards the wielding of power over our own land, labor, and resources. The political and ideological struggles we wage must challenge the normalized presumption that capitalism is permanent, that our political fortunes are limited to elections, or our future is tied to the two-party system.

Ours is a class struggle for workers to be in power! We must seek out and unite with our indigenous/native peoples’ most courageous struggles to build our fight for land and sovereignty. We must build upon our history of struggle with our African, Asian, and Arab comrades to deepen our principled unity to fight U.S. imperialism both within and outside the empire’s political borders. We must look south of the Imperialist imposed border and unite our cause with the future of continental unity and socialism. We must struggle to end the criminal and genocidal blockades against Cuba, Venezuela, and Nicaragua. All this must be done, especially now in times that are aggravated by a deadly pandemic.