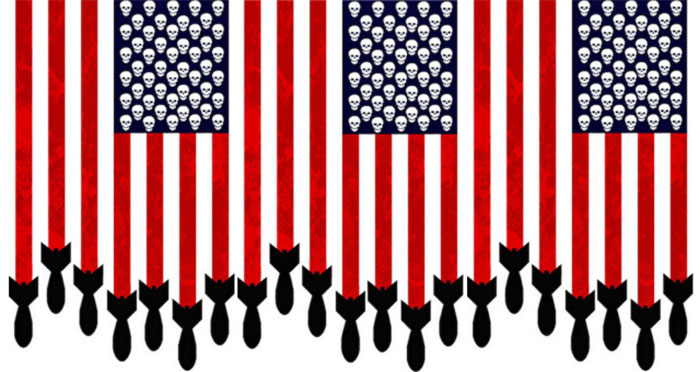 Unión del Barrio, a raza-led anti-imperialist organization based in California, condemns the cowardly U.S. drone strike assassinations of Qasem Soleimani and Abu Mahdi al-Muhandis. These assassinations are the most recent violent provocation in a part of the world that for nearly two decades has been destabilized and utterly devastated by U.S. interventions and occupations. We recognize that all people and nations have the right to self-determinate their economic and political lives. When an oppressed people are forced to live under foreign military occupation, then those people have a fundamental right to rebel and fight for their liberation. Based on the fundamental right, we extend our solidarity to the working class people of the Middle East, particularly the secular forces of that region that fight for national and class based self-determination and national liberation.

We also know that these assassinations represent a shameless and grotesque attempt to distract attention away from Trumpian corruption and the impeachment process currently under way in Washington D.C. It is the inherent nature of imperialist white nationalism to bomb, kill, and repress whenever it finds itself in an irreconcilable crisis; the more serious the crisis, the more provocative is its war-mongering.

As we help build for the 50th Anniversary of the 1970 Chicano Moratorium, we send a message to la raza here and throughout Nuestra América: our war is not against Iran or Iraq – our primary struggle must be to defend our communities from Trumpista fascism, be it in the form of ICE raids, anti-raza massacres like the ones perpetrated in El Paso and Gilroy, or coups against Bolivia and Venezuela, the criminal blockade of Cuba, and the accelerated incineration of our Mother Earth! WE MUST ORGANIZE TO OPPOSE TRUMP’S GENOCIDAL WARS IN THE MIDDLE EAST, AND ALSO ORGANIZE TO RESIST REPRESSION IN OUR BARRIOS AND THROUGHOUT NUESTRA AMÉRICA!

We reject the current Trumpista fascist attempt to rally support for U.S. imperialist wars! We must stand in unity with the rest of humanity, and stop this wretched global capitalist cancer that threatens to consume all peoples, all nations, and even the planet itself.

STAND WITH UNIÓN DEL BARRIO AND STRUGGLE AGAINST US IMPERIALISM!

NO MORE TRUMP! NO MAS TRUMP!