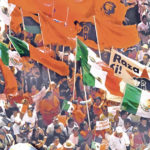 Ten Difficult Lessons Unión del Barrio Takes Away From Trumpism/COVID-19 —    Introduction    —    The Events of Jan 6th    —    How We Got Here    —    What Comes Next    — INTRODUCTION:  The goal of this analysis is to provide a critical/self-critical assessment of the repression suffered by our communities […]

PART TWO of THREE We Disagree With The Decision To Change What M.E.Ch.A. Stands For – Both In Name And In Principle Unión del Barrio respects the organizational autonomy of MEChA, though we always retain the right of independent criticism and political analysis. What took place at the 2019 National MEChA Conference in Los Angeles […]

PART ONE of THREE Our Report On The 2019 MEChA National Conference Originally, the 2019 National MEChA Conference was to be held at Boise State University in Idaho, though in August of 2018 the BSU chapter announced that they could no longer host the conference. Understanding the historical importance of MEChA’s 50th anniversary, in September […]

José María Morelos y Pavón was an insurgent leader, follower of Miguel Hidalgo, and became one of the most important military and political leaders of the war of Mexican Independence against Spanish colonialism. He was born, very poor, on September 30, 1765 in what was at that time Valladolid, now know as Morelia, Michoacán (which […] 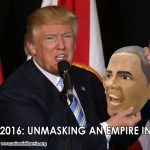 Don’t Let Yourself Be Overcome With Fear, Nor Should You Lament The Trumpista Crisis Of Imperialism! Compañeras y compañeros, don’t run and hide from this absurd turn of events. To begin, don’t forget that Hillary Rodham Clinton (HRC) was never our champion, and the oval office is not the center of our political power. Instead, think […] 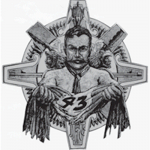 Mexico is experiencing one of its worst crises in its history; politically, economically, socially, and culturally. The Mexican state, led by political parties at the service of international finance capital, are selling and distributing the wealth of the nation to foreign banks and foreign interests. This has resulted in the looting of Mexico’s national wealth, […] 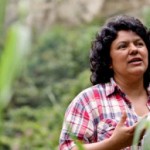