In Every Barrio, Prisons Should No Longer Play A More Significant Role In The Lives Of Our Youth Than Universities.

We must develop and consolidate our ongoing work that focuses on issues relating to prisons, the exposing the prison industrial complex, and resisting the mass incarceration of raza. Our work on prison related issues exposes the true nature of the colonial state and how it profits from the oppression of our people. 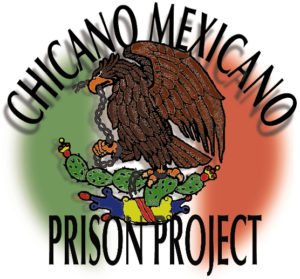 We work to end the mass incarceration of Mexicanas/os and all raza. The practical focus of this work is to stop the daily repression of prisoners, while pointing out that the billions of dollars invested into prisons does to remedy this crisis, but instead help expand the massive profits that are generated within the private prison industry. The truth is that the U.S. prison system and the “Prison Industrial Complex” is the largest in the world, and has become a major source of individual wealth in the United States, where a tiny group of capitalists make billions of dollars out of the misery of poor and working class people.

We should see prisons as capitalist-imperialist-colonialist institutions, designed primarily to contain our communities and as a way to impede our massive participation in liberation movements within the current borders of the U.S. Therefore our struggle is not one just against prisons, but against the conditions in society which force many people into criminal behavior, and expose the true criminals that profit from the incarceration of masses of people.

Our Subordinate Position Within This Political System Is Confirmed In The Fact That In Every Barrio,

Prisons Play A More Significant Role In The Lives Of Our Youth Than Universities.